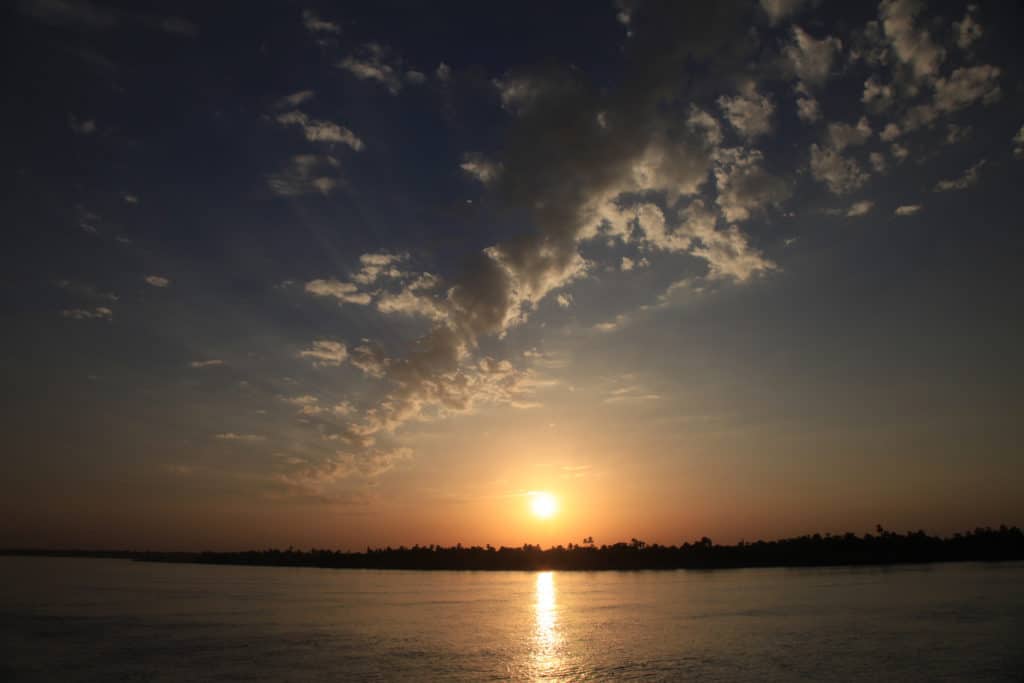 A literary adventure on the River Nile

The romance and splendour of a River Nile cruise naturally lends itself to literary depiction. One of the most iconic novels to feature a Nile cruise is Agatha Christie’s Death on the Nile, a classic detective mystery from the master of the genre. On holiday in Egypt, the brilliant detective Hercule Poirot finds himself embroiled in a mystery when a passenger on a Nile cruise ship is murdered. Christie’s writing wonderfully evokes the beauty and luxury of a Nile river cruise, and thankfully, you don’t have to be a famous detective to follow in Poirot’s footsteps. Simply include these stops in your itinerary to enjoy Egypt as Poirot did – minus the murder!

Death on the Nile begins in Aswan, in the Old Cataract hotel, where Christie herself wrote most of the novel. Follow the dusty streets of this historic city down to the busy docks, and watch the Nile as it twists lazily through enormous sand dunes, and you will be gazing on the same sights that inspired Christie to write her homage to Egypt. Stop at the Old Cataract Hotel for high tea to complete your literary exploration of the city.

One of the novel’s pivotal scenes occurs during a trip to Abu Simbel. The temples here are fronted by immense, awe-inspiring statues of Ramses II, designed to intimidate enemies attempting to approach Egypt by river. Inside, walls of carvings depict Ramses II battling his enemies and communicating with the gods. The bloody subject matter of the carvings makes Abu Simbel an appropriate setting for the attempted murder Christie describes in her novel.

In Christie’s novel, The Karnak is the name of the ship on which her cast of characters enjoys their Nile river cruise. In real life, Karnak is a huge temple complex located near Luxor. Among the towering temple ruins can be found the Karnak Open Air Museum, a must-visit location that houses reconstructions of ancient, long-buried structures. Walking between the colossal pillars of the great hypostyle hall in the Precinct of Amon-Re, or seeing the intricate carvings of Amenhotep II in the Open Air Museum, you can understand just how the Nile area bewitched Agatha Christie and compelled her to set one of her greatest detective novels on a Nile cruise.