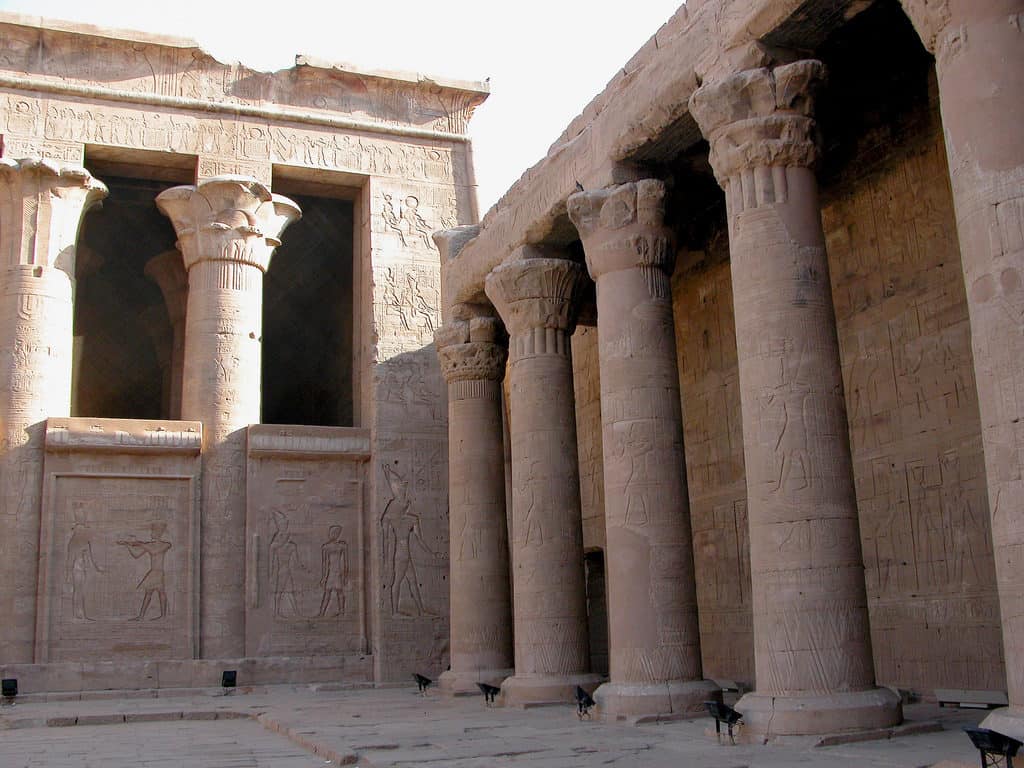 Edfu Temple: a must-see on a Nile river cruise

With so much to see and do on a Nile cruise, it can be easy to miss out on some of the most breathtaking attractions Egypt has to offer. Simply taking in the majesty of the Nile as you sail along is a wonder in itself, but there are also plenty of ancient monuments to visit along the way. One of these is the incredible Edfu Temple.

Situated approximately half a mile from the banks of the Nile, Edfu Temple was built as a tribute to the Egyptian god Horus during the Ptolemaic period. While it’s easily in walking distance of the river, it’s generally more fun and relaxing to enjoy a horse-drawn carriage to the town of Edfu, particularly when the sun is beating down.

While Edfu as a town is largely unremarkable, the real beauty lies in the condition of its temple. While other temples from the same period are quite ruinous, the architecture of Edfu Temple is in near-perfect condition, with the roof still intact. Construction on the temple is thought to have started around 237 BC, and it is estimated that it took nearly 200 years to complete.

The walls are adorned with carvings measuring over 20 feet in length, and typically begin at least 6 feet above ground level, which raises some interesting questions about the engineering prowess of the ancient Egyptians, and how they worked without the aids of modern technology that we enjoy today.

Inside the temple, many of the original colourings of the artworks on the walls have been fully-preserved on account of the roof remaining in great condition. These ornate ankhs and hieroglyphs must be seen to be believed, and they truly create a sense of wonder amongst visitors.

Many Nile cruise holidays offer excursions to Edfu temple, and whether you’re intending on a long cruise or a shorter 7 night Nile cruise, a visit comes highly recommended. It’s perhaps a testament to the beauty of Egypt that such a magnificent landmark is often overlooked. If you’re cruising on your way to more densely-populated areas like Philae or Kom Ombo, Edfu makes for a more than worthwhile stopping-off point.