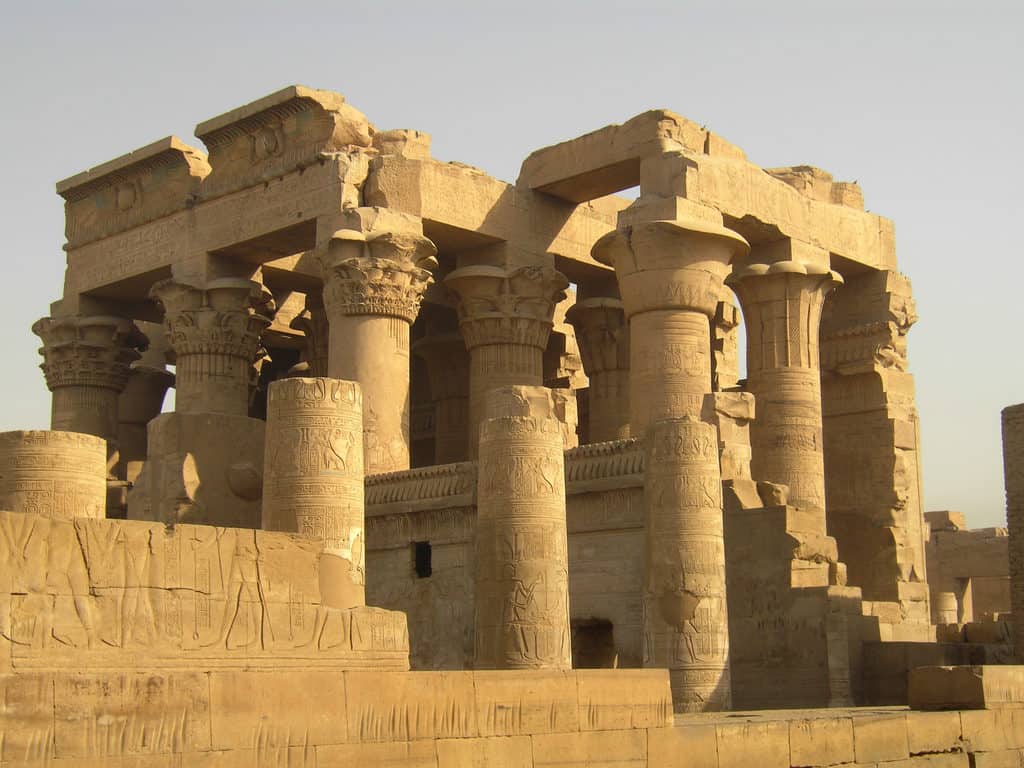 Laying eyes on the vivid and exotic scenery that peppers the Nile shoreline is perhaps as magical as the Ancient Gods and mythical stories you’ll uncover as you embark on your Nile cruise. Traversing this picturesque body of water, that has acted historically as Egypt’s permanent lifeline, is a once-in-a-lifetime experience you’ll never forget and will always cherish. From the towering sights to the bustling towns and cities, a cruise down the Nile will be as much an exotic escape as it is a journey through time.

The City of Luxor

Steeped in history, Luxor is known for having the highest concentration of temples and tombs in the world. Its packed streets are dwarfed by the Karnak Temple that remains the largest religious building ever constructed, and pays homage to the Theban trio Amun, Mut and Khonso; Egyptian Gods who were favoured in this region. Here you’ll learn much about the thirty-odd pharaohs who have contributed to the Karnak Temple’s design, a temple that was constructed over a 120-year period and depicts a variety of Gods that have been worshipped at different times.

Valley of the Kings

As you proceed along the Nile you’ll take great pleasure in learning Ancient Egyptians often built temples on the river’s east bank and tombs on its west in worship of the sun – a nice reminder as you carry out some of your own sun-worship. However, a visit to the Valley of Kings – on the Nile’s west bank near Luxor – offers tremendous insight into the Ancient Egyptian’s rich history. Considered the gateway to the afterlife, it may not surprise you to learn that this is where many Pharaohs were entombed upon passing: Tutankhamun, Ramses II, Seti I, numerous high priests, queens, and notable figures are just a few that make up the list.

The modern-day capital of Egypt, Cairo acts the perfect base from which to explore some of the country’s better-known sites. From the famed Giza Necropolis and Pyramid Djoser to the Mosque of Muhammed Ali and the lotus-inspired Cairo Tower, there are a wealth of attractions to see throughout this fabulous city. No matter what you choose to do, however, Classic Holidays are specialists in tailoring unique itineraries for their guests while also providing hotel accommodation and Nile cruises.