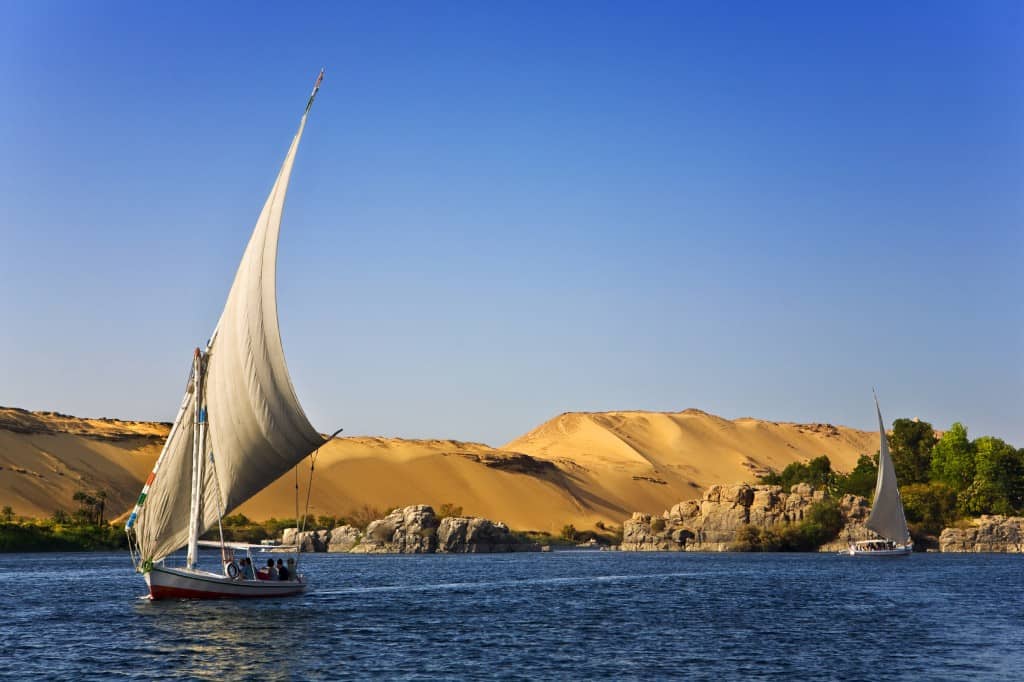 It’s an undisputed fact that the River Nile is one of the most iconic, idyllic holiday destinations in the world. Every single year, people from all over the world flock to Africa to experience first-hand the sheer level of natural beauty that is on show across its expansive banks. Considered the integral factor that has seen African culture evolve and expand since the days of the ancient civilisations, its mythical qualities have mesmerised many for thousands of years. But while all this is considered common knowledge, there are a few more interesting facts about the river that you may be unaware of – all of which are worth knowing before you embark upon your trip of a lifetime.

Its source is still undetermined

That’s right, despite thousands and thousands of years of exploration and discovery, there is still no single point that is agreed upon as the definitive source of the River. There are many differing schools of thought, ranging from a hidden mountain spring or underground source that has yet to be reached by humans.

Scientists generally point to two possible regions, one in Rwanda and one in Burundi, as the site for the source. In strands of African society, Gish Abay, a town in western Ethiopia, is considered by many to be the holy site where the first drops of the Nile come to surface. Lake Victoria, the continent’s largest lake, is also mentioned as a possible site, although it is more than likely to be a separate tributary from the surrounding areas previously mentioned.

Due to its unknown source, its length is yet to be determined either – estimates range from 6,650 to 6,853 kilometres. Either way, it’s comfortably the second longest river in the world, being trumped (just) by the Amazon’s 6,990 kilometres.

It supports half of the population of Egypt

While the River Nile itself runs through eleven separate countries (Tanzania, Uganda, Rwanda, Burundi, Congo-Kinshasa, Kenya, Ethiopia, Eritrea, South Sudan, Sudan and Egypt, since you asked), it is Egypt that is the most reliant on the river. The last census in the country signalled the population to be around 82 million, meaning somewhere in the region of 41 million people could not live without it.

Whether through irrigation, transportation, tourism or fishing, the River Nile is synonymous with the day-to-day functionality of the country’s society. As something that has been ingrained in their culture since before the Pyramids were even planned, it is something close to the hearts of every Egyptian.

That’s right, if you were to sail down from the Victoria Falls through to walking distance from Pyramids of Giza, you’d probably have to prepare yourself for a variety of different weather systems coming your way. When you consider the length of the River Nile, perhaps it’s not that surprising – especially when you work out that the estimated drainage area is an astounding 1,293,000 square miles.

Now you’ve got a bit more inside information about the world’s most beautiful river, why not take the plunge and book the holiday of a lifetime with Classic Holidays? At some of the best rates, with tours carried out by some of the most experienced Nile veterans in the industry, you’ll never find a better opportunity to feel the cool Nile breeze aboard a luxury river liner.

Contact our team here at Classic Holidays today and take the first steps towards a trip that will stay with you forever.