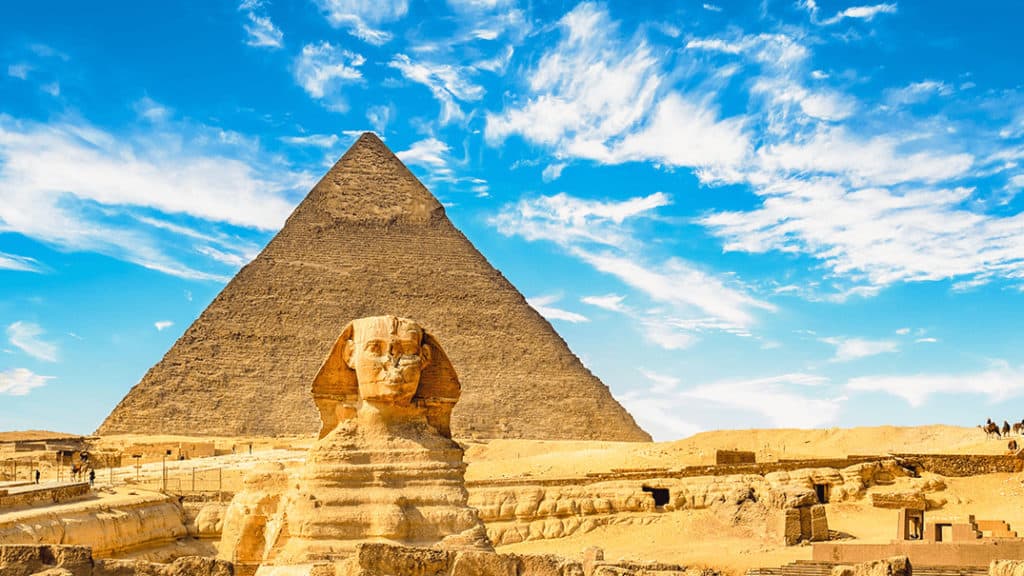 With historic sites and diverse culture at every corner, it is no surprise that Egypt is such a popular choice of location for tourists all over the world. Combining ancient history with modern culture, there truly is something for everyone to get involved in! To help you get the most of your trip, we’ve pulled together the top 5 places to see in Egypt from your Nile cruise holiday, with unmissable sights worth visiting for lifelong memories.

Situated on the west bank of the Nile near Luxor, the Valley of Kings is home to over 60 famous tombs and chambers. From the 11th to 16th century BC, the valley was used as a burial ground for royal figures and the more privileged, with decorative tombs and unique artworks which can still be seen to this day. The most famous sight within the Valley of the Kings is King Tutankhamun’s tomb which was discovered in the 1920’s and is still one of the most famous archaeological sites in the world, definitely one of the most incredible places to see in Egypt.

A holy island that sits in the River Nile, Philae Island was once feared to be lost to floods and rapids, but has since been relocated and preserved by UNESCO. The focal point of the island is the Philae Temple, also known as the Temple of Isis, which is brimming with history and beauty. The entire temple was dedicated to the Egyptian goddess, Isis, and was primarily used by women, freedmen and slaves.

Of course, one of the essential things to see in Egypt is the remarkable Giza Pyramids, one of the Seven Wonders of the World. Constructed over 4,500 years ago using over 2 million stone blocks each weighing between 2.5 and 15 tons, the grand scale of the landmark never fails to amaze. Set amongst the Giza Pyramids is another one of the key places to see in Egypt, The Sphinx. The limestone monument remains a mystery, combining the body of a lion with the head of a pharaoh.

Less than a kilometre long, the stunning island is situated in the Aswan vicinity of the River Nile. The island is most known for the Aswan Botanical Gardens, home to many exotic plantings and trees which are incredibly rare. With stunning walkways which guide you through the paradise of greenery, enjoy a quite afternoon amongst the serenity of the island.

Located in Luxor, the village of Karnak is one of the key things to see in Egypt as it contains a complex of decayed temples, chapels and buildings which are brimming with ancient history. The kingdom arose around 2000-1700 BCE and was the main place of worship for the 18th Dynastic Theban Triad. Nowadays, Karnak is an open-air site which is open to the general public for visitors to have a wander around.