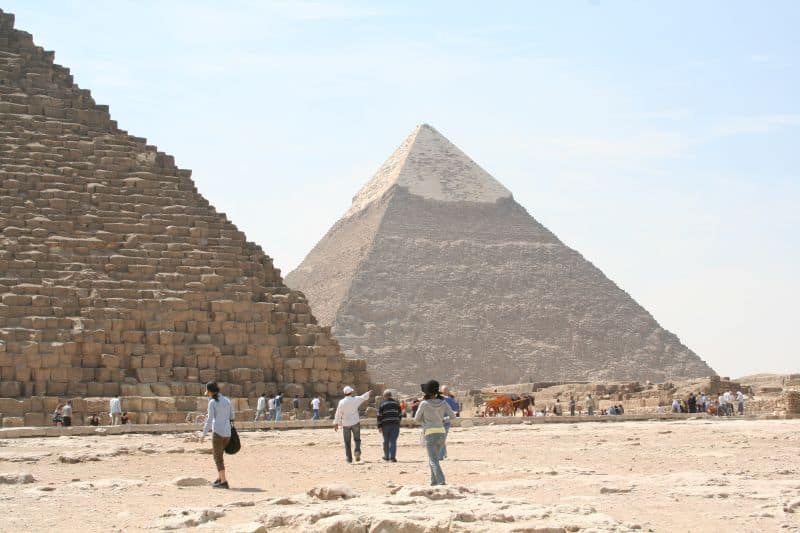 Visits to Egypt and Nile River cruises can be a relaxing and cultural experience at the same time. If you’re flying into Cairo for a hotel-cruise holiday, you’ll possibly be heading out to the ancient Egyptian capital of Memphis and to Saggara to discover the Step Pyramid and Giza prior to joining your cruise liner.

The following snippets may rouse your interest and inspire further research prior to your tour of this historic area of Egypt:

It is said that Memphis was founded by Pharaoh Menes and it became an important city due to its strategic location at the mouth of the River Nile Delta. Workshops, warehouses and factories were located in the city and would distribute their merchandise throughout the entire kingdom. One of the best-known structures in Memphis was the Temple of Ptah. Memphis lost ground when the city of Alexandria was developed.

About the Step Pyramid

The Step Pyramid was built by King Djoser and is a monument to the divinity of the Egyptian royalty. This was the first ever gigantic pyramid to be constructed and was built in the 27th century BC. The pyramid is situated in a massive courtyard which contains a number of monuments and ceremonial artefacts.

The pyramid was constructed during the Pharaoh’s lifetime and was originally clad in limestone. There are around 6km in total of rooms and tunnels under the pyramid, all branching out from the central shaft. The tomb would have held the Pharaoh, his immediate family and stores of offerings to the gods.

Following on from your tour of the Step Pyramid, you may well head on to Giza which is the third largest Egyptian city. Giza is also home to the Giza Plateau which is the location for several of the most sacred monuments of ancient Egypt. It is the site for the Great Sphinx, the Great Pyramid of Giza, and a lot more temples and pyramids besides. Giza’s proximity to the capital Memphis meant it became a focal point throughout history. It is also the location for the St George Cathedral.

Classic Holidays are specialists in tailoring unique Egypt itineraries for guests and these often feature hotel accommodation alongside a traditional Nile River cruise. Get in touch to find out more.