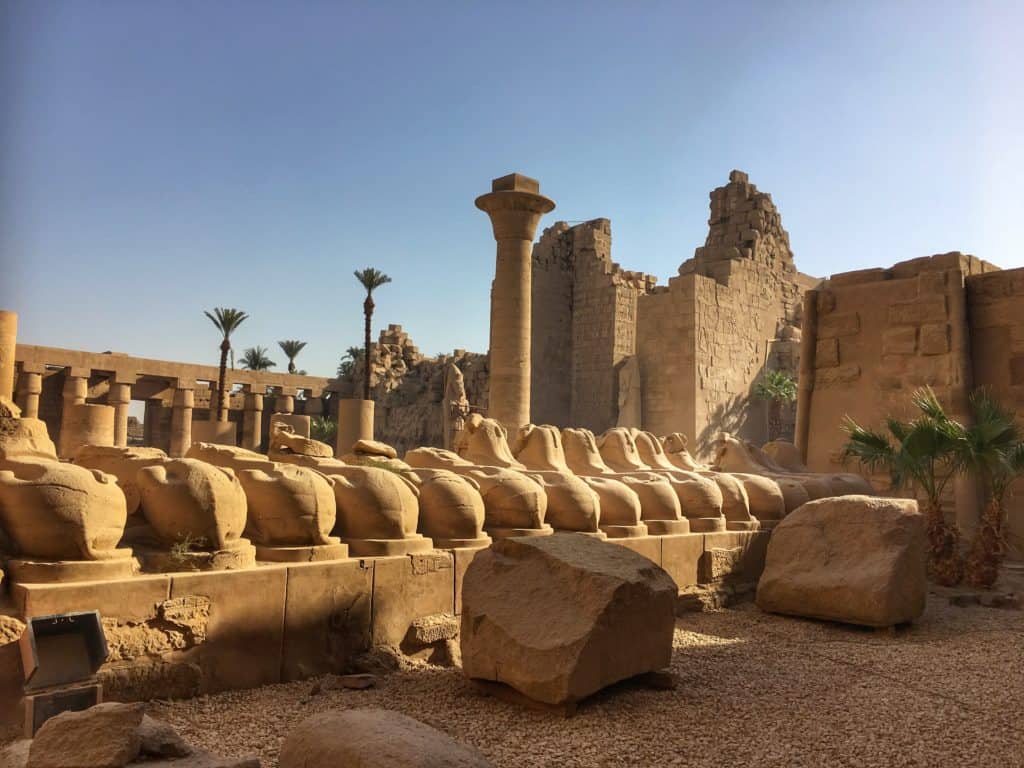 If you are thinking of taking a Nile cruise around Egypt, then exotic Luxor may be somewhere you plan to visit. This ancient city is certainly worth a look for all the attractions and sights it has to offer. One of the most awe-inspiring is the beautiful Luxor Temple. A huge complex, construction began somewhere around 1400 BC, which illustrates what great history this site has.

If you want to know more about this amazing place before you take a Nile cruise, here are some interesting facts to mull over.

The main entrance to the Temple is known as the ‘First Pylon’. It was constructed by Rameses II and originally showed scenes of his military triumphs. In addition, the towers on top of the pylons would have originally seen huge banners projected from them on large cedar wood masts.

We all know that the ancient Egyptians paid close attention to religion, worship of Gods and the afterlife. Luxor Temple is surrounded by mud-brick walls in reference to this. The walls are a symbol of the separation between the world which the Gods inhabit and the world which people do.

The Outer Courtyard is awesome

The Outer Courtyard at Luxor Temple is simply amazing. 57 metres long and 51 metres wide, the sheer scale of it is mind-blowing. When you add in the 74 papyrus columns and a Thutmose III shrine to gaze at, then it is easy to see why this section of the complex is so well visited.

It used to hold the Opet festival

One of the most important festivals in Egypt during ancient times was the Opet festival. This religious event saw Luxor Temple as its focus. The Temple complex is where ancient Egyptians would head to worship the Gods and engage with this key religious event.

Get the best Nile cruise holidays to Luxor

If you fancy visiting stunning Luxor Temple, then get in touch today. Our stunning Nile river cruises can be customised to include Luxor as a destination. This will give you plenty of time to view the Temple and everything else the city has to offer. Call today for more details on our bespoke Nile cruises.