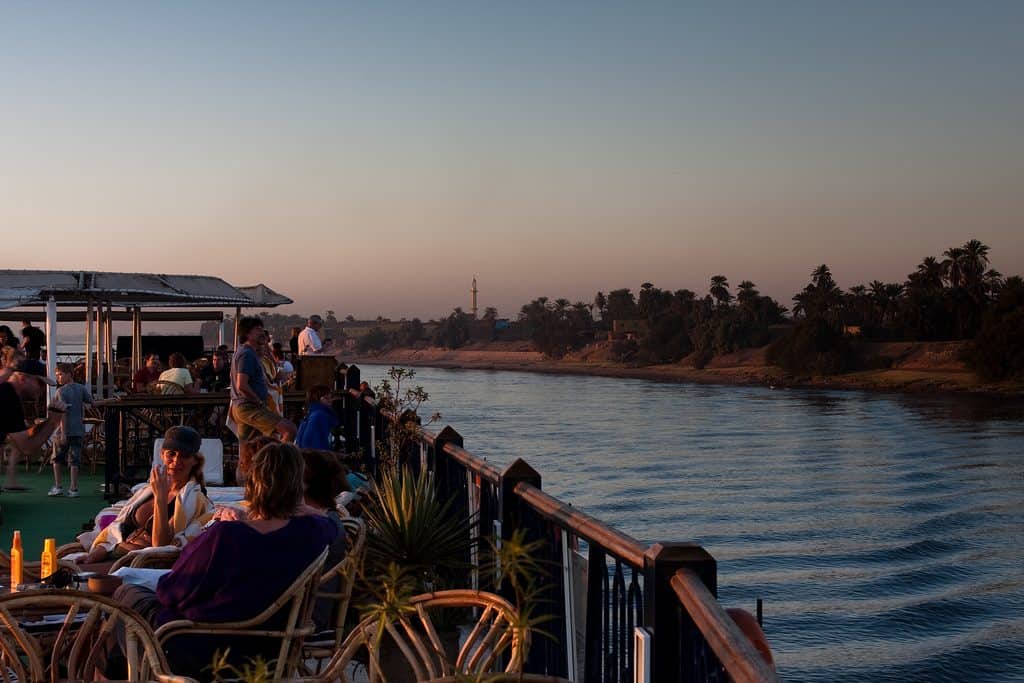 Wildlife on the Nile: Amazing Creatures to Look Out For

A Nile River Cruise is a once in a lifetime opportunity to experience the historical splendour of Egypt, but did you know that the amazing creatures you can see today on the Nile were also of great importance to the ancient Egyptians. On your trip you will see them depicted again and again on tomb paintings, mummified, as statues – everywhere, in fact, that you see ancient art, you will also see animals. So here are five amazing Egyptian creatures to look out for in and around the River Nile.

This pretty little bird can often be spotted hovering over the river. Look out for speckled black and white feathers and a long bill. The pied kingfisher can also be spotted in the background of reliefs and paintings depicting scenes of the Nile.

Images of the Ibis are everywhere in ancient Egypt. The god Thoth, who represented maths, writing and magic, took the form of an Ibis. Look out for Thoth portrayed as an Ibis-headed man in the act of writing.